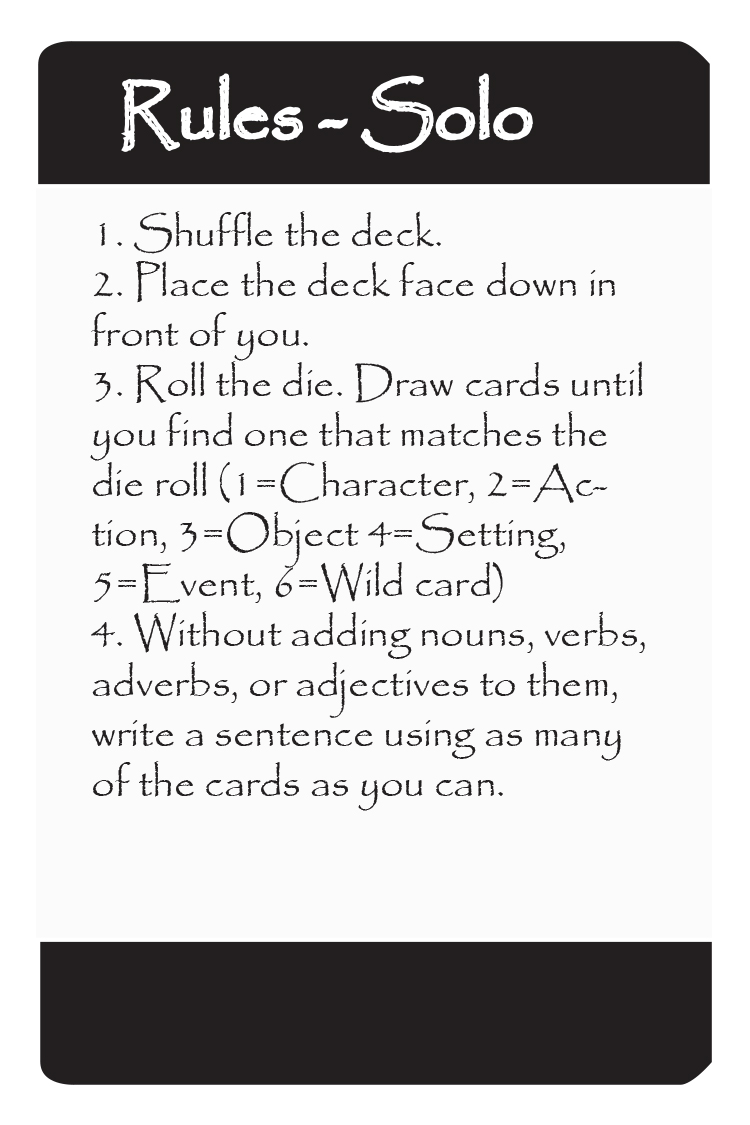 There are many ways to play The Write Words. Here are a few of our favorite suggestions:

Have a Favorite Way To Play?

Email us and let us know and we’ll include those on this page along with credit to you for the suggestion!